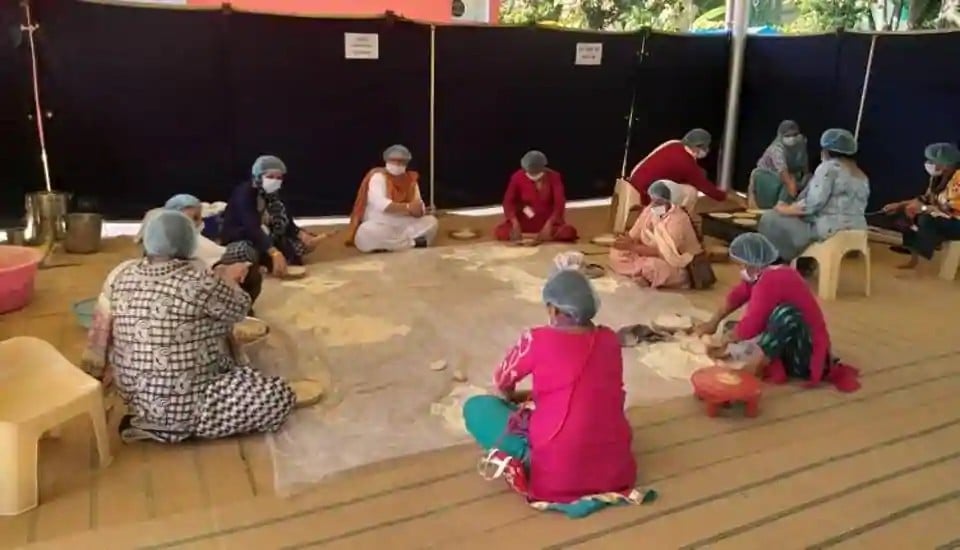 Food is prepared at three centres of the sect - in Mohali, Chandigarh and Panchkula - twice a day.

(The Hindustan Times, India, May 14) – Far away from the limelight, an army of workers of a religious sect has been cooking tonnes of food for thousands of homeless and poor in the tricity ever since the lockdown began on March 24. Headquartered at Beas (Punjab), the Radha Soami Satsang Beas, a spiritual organisation based on the teachings of all religions, has given as many as 10 lakh food packets to the local administrations of Mohali, Chandigarh and Panchkula for further distribution.

Food is prepared at three centres of the sect – in Mohali, Chandigarh and Panchkula - twice a day.

At the Mohali centre in Sector 76, around 100 followers prepare 12,000 food packets a day. A follower said, “We get all the ration from our headquarters in Beas and by Wednesday, we have given around 5 lakh packets to the administration. The packets were also given to migrant workers leaving for their native places in trains. Now since most of the migrant workers have left the district, we will be reducing the number of packets to 50% from May 18.”

Punjab health minister Balbir Singh Sidhu had also visited the Mohali centre and applauded the selfless service of the followers.

Mohali sub-divisional magistrate (SDM) Jagdeep Sehgal said, “Whenever we need it, we just tell them and they deliver hygienic food in no time.”

Similarly at the Chandigarh centre in Sector 27, around 5,000 food packets are prepared by 70 workers every day. “Within seven weeks, the centre has prepared and given around 2.35 lakh food packets to us to date, which is not an easy thing to do,” said SDM (south), Chandigarh, Manish Lohan.

The Panchkula centre in Saket, where around 5,400 packets are prepared every day, has contributed 2.53 lakh food packets to date. Panchkula SDM Dheeraj Chahal said, “Around 150 workers at the centre have been fulfilling our requirement since day one.”