A Surprise Houston Visit by Guru to a Tumultuous Welcome 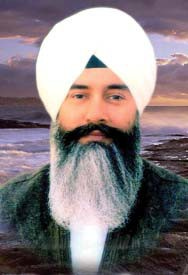 (Indo American News, USA, July 15, 2011) – With very little notice and much less fanfare, the present guru of the Radha Soami Satsang Beas (Punjab), Baba Gurinder Singh, paid a surprise visit to Houston and was welcomed by nearly 1,000 adherents to the faith this past Saturday, July 9. The program was a daylong affair, starting from 10 in the morning and was pulled together by a huge number of volunteers who had been given an inkling that a dignitary would pay a visit.

Gurinder Singh, who is lovingly called Babaji by his followers, gave a satang (discourse) which lasted over 90 minutes and included a question and answer session. The Satang was held in north Waller County at the Science of the Soul Study Center and the main hall was full to capacity with followers not only from the Houston area but also from all over Texas and several other states and other countries as well.

The Center is situated in the on a 120-acre lot that was acquired in 2007 in the Kickapoo Preserve subdivision. Since then, work has been going on to build a single-story, approximately 15,000 sf metal building that looks like a barn. The now almost complete building can seat 1,000 people and is surrounded by what were once lush ranches but is still a very quiet place where one can meditate. 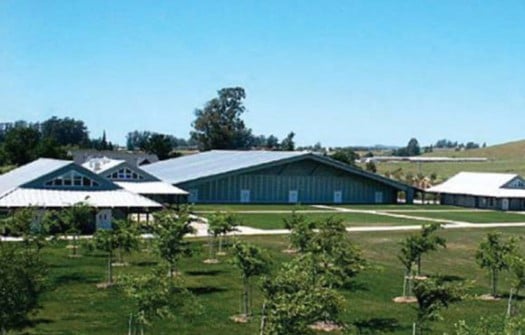 The Science of the Soul Study Center in Petaluma, California

Radha Soami Satsang Beas (RSSB) is a philosophical organization based on the spiritual teachings of all religions and dedicated to a process of inner development under the guidance of a spiritual teacher. RSSB’s main centre is Dera Baba Jaimal Singh, named after its founder who settled there in the late 1800’s. Located in Punjab, the ‘Dera’ is a self-contained community with 6,000 residents.

Radha Soami means ‘lord of the soul’, satsang describes a group that seeks truth, and Beas refers to the town near which the main centre is located in northern India. RSSB was established in India in 1891 and gradually began spreading to other countries. Today RSSB holds meetings in more than 90 countries worldwide.

The philosophy teaches a personal path of spiritual development which includes a vegetarian diet, abstinence from intoxicants, a moral way of life and the practice of daily meditation. There are no rituals, ceremonies, hierarchies or mandatory contributions, nor are there compulsory gatherings. Members need not give up their cultural identity or religious preference to follow this path.

The Science of the Soul Study Center in Fayettville, North Carolina

At the core of the RSSB philosophy is a belief that there is a spiritual purpose to human life – to experience the divinity of God who resides in all of us so that we realize that there is only one God and we are all expressions of his love.

Central to the RSSB philosophy is a spiritual teacher who explains the purpose of life and guides and instructs members in a method of spirituality based on a daily meditation practice. The present teacher is Baba Gurinder Singh, who lives with his family at the main centre in northern India.