At capacity, Chhatarpur centre to dish out 100k meals a day

At capacity, Chhatarpur centre to dish out 100k meals a day 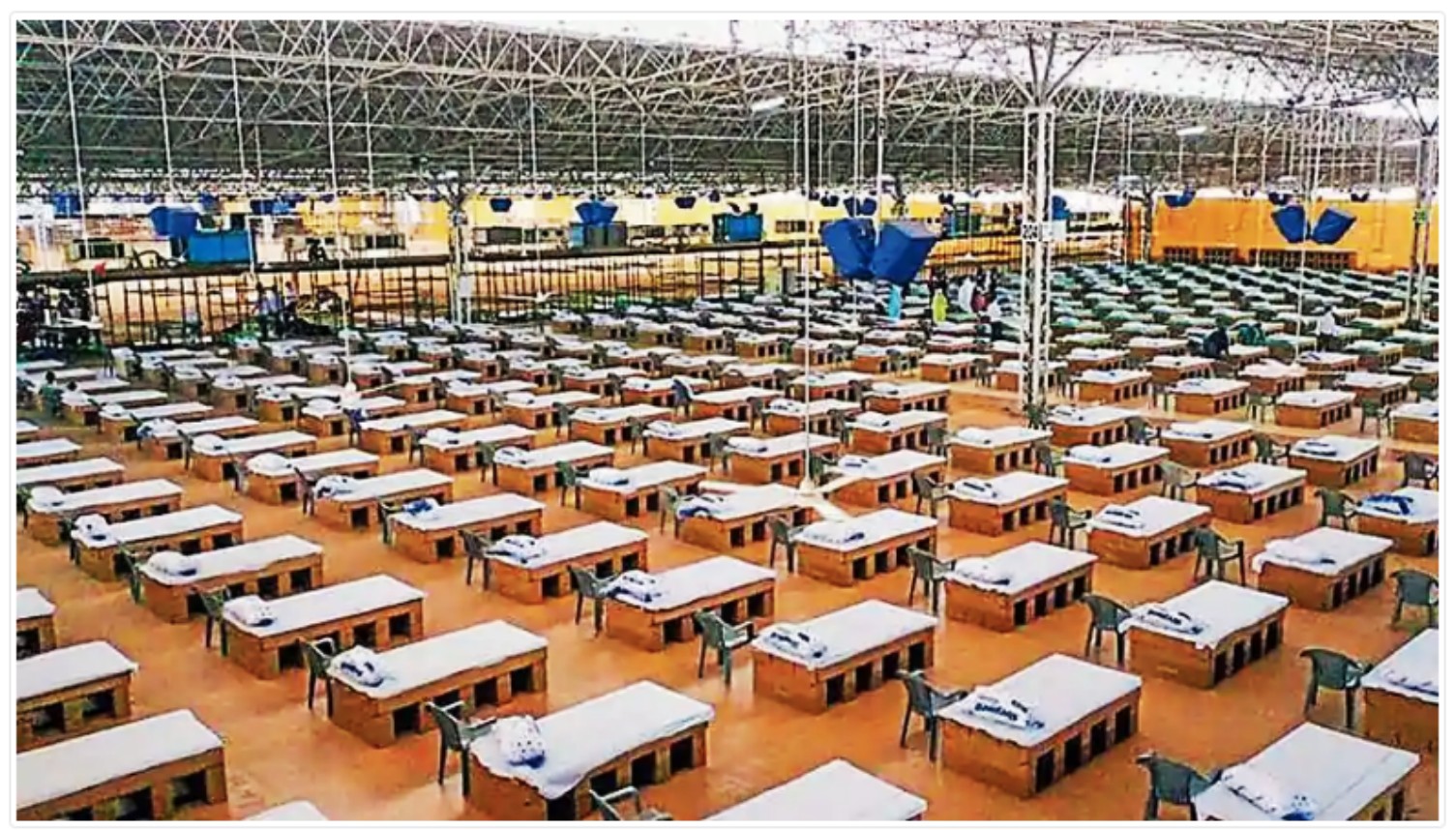 New Delhi: More than 1,000 ‘sewadars’ of the Radha Soami Satsang Beas (RSSB) will be involved in cooking and packing meals on a daily basis when the temporary Covid care facility set up in the organisation’s Chhatarpur branch is occupied to its capacity of 10,200 patients.

The meals will be cooked at the institution’s in-house mess — a short walk from the facility — and the costs will be borne entirely by the RSSB, said Sonalika Jiwani, Mehrauli sub-divisional magistrate (SDM).

The meals will be spread over five courses — tea, breakfast, lunch, evening tea and snacks, and dinner.

Over 3,000 beds have been set up, as of Wednesday afternoon. However, the first batch of patients are yet to be sent to the facility.

But the preparations at the RSSB continued unabated. On Wednesday, doctors of the Indo-Tibetan Border Police (ITBP) — tasked with managing the facility — considered patients’ nutritional requirements and submitted a menu to district authorities.

The proposed menu had different breakfast and vegetable options for all seven days of the week. “The morning tea will be accompanied by ‘kadha’ (an Ayurvedic drink consisting of herbs and spices). The patients will also be served a spoon of chayavanprash (an Ayurvedic compound of herbs and minerals taken to restore strength and good health) and giloy juice (an Ayurvedic herb to help boost immunity) every day,” Jiwani said.

Since June 14, when work first began at the facility, the RSSB has been preparing meals for workers employed here, the volunteering sewadars and ITBP personnel. As of Wednesday, meals for more than 2,000 such staffers, including 900 workers and 700 ITBP personnel, were being prepared in the ashram mess.

“The food is simple, but is timely and served to us with dignity,” said Vijay Kumar Yadav, an electrician hired to fix wiring at this facility.

According to officials as well as RSSB office bearers, the mess can fix up meals for around 300,000 persons every day.

“While previously we cooked meals for large number of people for a few days three times every year, we can also cook meals for an extended period of time if needed,” said an RSSB office-bearer, who asked not to be named.

For 70 days during the lockdown, staff at the institution cooked and packed 275,000 meals to be distributed to people in Delhi.

When the facility is occupied at its maximum capacity, it will be preparing food not just for patients, but also ITBP personnel, including doctors, nurses, volunteers and other workers.

Outside the mess, meal packets will be handed over to government volunteers and workers.

From there, the food packets will be wheeled to each of the 116 sections where the patients will be housed. “Each section will have at least two volunteers. The patients who are able to walk and help themselves can collect the meals when it arrives in their sections. For those who can’t make it to that point, volunteers will serve them in bed,” Jiwani said.

Once patients are done with their meals, they can either leave their used disposable utensils at a single point in their section, or volunteers will collect them from their beds.